Lastly (at least for now) in this mini-series we have a clutch of historic dwellings.

First, Monk’s House, one-time home of Virginia and Leonard Woolf, in the tiny village of Rodmell, East Sussex. They lived there for 21 years until Virginia’s self-inflicted death by drowning in the nearby River Ouse in 1941. 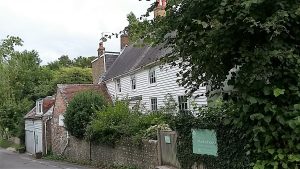 Then there’s Bull House, Lewes, where Thomas Paine began hatching a revolution and subsequently became a Founding Father of the USA. 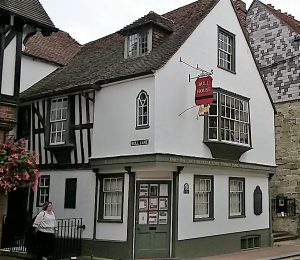 Down the way is the White Hart Hotel (not pictured), a former Tudor coaching house,which was one of Paine’s favourite drinking and debating dens. He formed The Headstrong Club there before immersing himself in revolutions in, first, America, then France. The club still exists and meets on a monthly basis, though he no longer attends.

Just along the street is the quaint and rickety ‘Fifteenth Century Bookshop’. A treasure trove. Well worth a browse before it falls down. 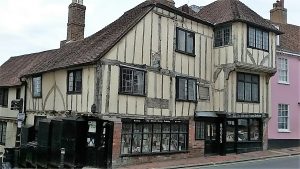 And to round it all off, Anne of Cleve’s House. She’s not best-known for her contributions to literature, it’s true, but it’s a lovely timber-framed Tudor home, regardless. 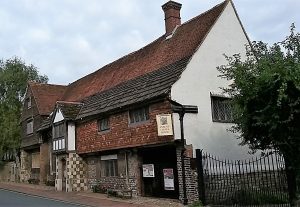 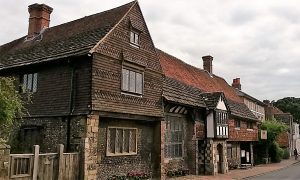 It was gifted to her by that rascal Henry VIII as part of her annulment settlement as his roving eye settled on and snared Catherine Howard, whose head he chose to have removed less than two years later. Anne was one of the more fortunate of his wives inasmuch as she remained attached to her head for the duration of her life. In fact, she outlived all Henry’s other wives to die of (probably) cancer at the grand old age of 41.
Apparently she never visited this house.

For anyone with an interest, this little gem of a book is the source of all my recent ramblings and is highly recommended.
https://www.amazon.co.uk/Rough-Guide-London-Southeast-Guides/dp/0241248612/ref=sr_1_1?ie=UTF8&qid=1538902210&sr=8-1&keywords=walks+in+london+and+the+south+east