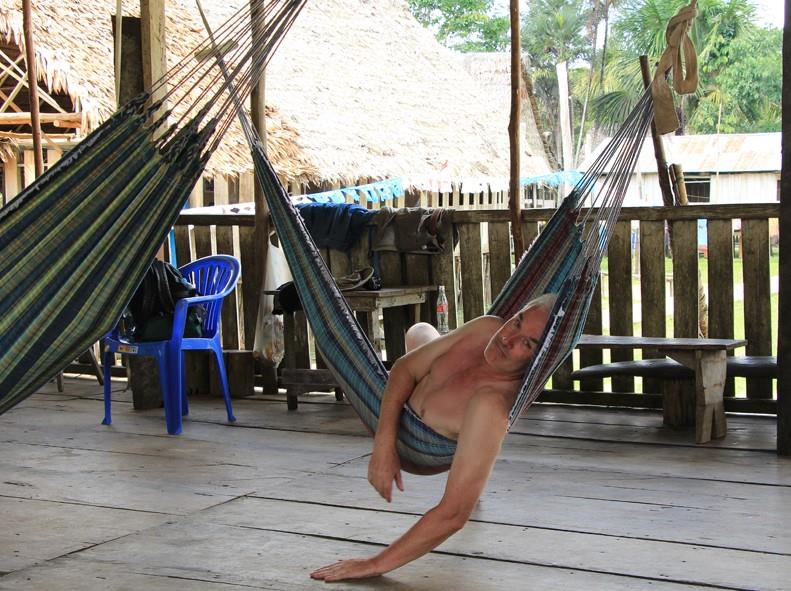 Another day, another tributary.
This one, though, was the keeper of a secret.

A four-and-a-half hours or so speed-launch trip upriver from Iquitos had delivered me to somewhere so far off in the Amazon Basin that I could barely believe I was there. Later came a three-hour trek through lush, dense primary rainforest, along with a couple of other reasonably seasoned travelling-dudes and the essential Dustin, a local Quechua guide.

We were making for a tiny village, more isolated than any place I’ve been before or since. Along the way, all three of us, one after the other, fell into a swamp. We might still be there, our bones picked clean by whatever creatures populate the area, were it not for Dustin – which is one of the reasons I called him essential.

He seemed fairly accustomed to hauling travellers out of swamps. Handy with a machete, too, tirelessly clearing a path through what seemed like impassable jungle. Over several days he told fascinating tales of, among other things, encounters with electric eels, bullet ants (I’d never heard of bullet ants but learned that a single bite causes off-the-charts agony; the prolonged system shock has been known to kill), as well as anacondas, piranhas and more. One day we tracked a jaguar, following paw-prints in the mud that he told us were just a couple of minutes old. We didn’t find it, though.

So we arrived in the village, hot, sweating and exhausted, and I immediately stripped to my shorts and leapt into the river. It was deliciously cool but, yes, it held a secret.

Within seconds something unseen chowed down on my nipples. First one, then the other. It wasn’t exactly painful. Firm, yes, but almost gentle, but I had no idea what had done it or whether it was planning on returning for a bigger bite. Needless to say, I torpedoed back to the riverbank and called out to Dustin for an explanation.

He just laughed and said it was sardines. It seems Amazonian freshwater sardines have a thing for nipples.

I have a thing for nipples, too, but I prefer it to be consensual. With advanced warning of the sardines’ predilections I might have stayed in the water and made the most of the experience. As it was, I opted for a snooze in a hammock.

At least I now understand why the villagers spend so much time in the river.

Anyway, the first two pics are of Chino, the village and river where the nipple-loving sardines gather, the third (which one irreverent person titled ‘Orang-utan’. You know who you are, MC!) is me relaxing after having my nipples chewed, the next is of three intrepid explorers of the Amazon who have just fallen into a swamp. Then there’s myself and the essential Dustin, Dustin’s essential tools, and finally a lizard up a tree. 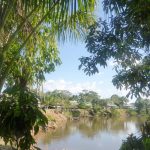 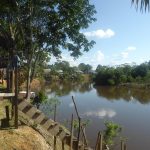 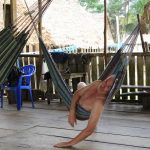 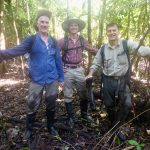 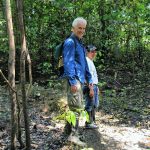 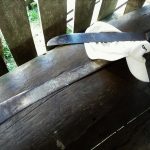 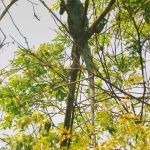